This page is going to be about my 3D printing.  The first item of business is to obtain a 3D printer.  A friend of mine bought one off of craigslist.com.  So there is where I went.  I found one in Seattle and email the seller through the list.  He/She replied and said to hurry because his cell phone was running out of minutes.  Since I am here in Portland and my son is in Auburn, I talked him into contacting the seller, too.  But he got no reply.  That's one printer not coming.

The next time I tried to get a printer was from dhgate.com. That was a bust, too. See the page I wrote about this experience.

Now the third time is always the charm.  I hope it is.  I ordered another printer a Prusa i3 through amazon.com.  I have just received the shipping information for this one.  This one is coming from Hong Kong, CN.

While I am waiting for the printer, I am learning the blender 3D mesh software.  I did the tutorial to create a 608 bearing.  This tutorial is very good for engineering mesh design.

Discovered that the 3D printers use slicing software.  The one on the list is replicatorg.

New developments.  My Prusa i3 3D printer arrived.  It contained a DVD with the cura slicer software.  To install replicatorg software on a Fedora 20 system see Installing Replicatorg.

Now cura is opensource software.  Installing that was easier than replicatorg.  For my Fedora 20 system I just used yum install cura.  It is in the yum repository.

Now onto building the printer. 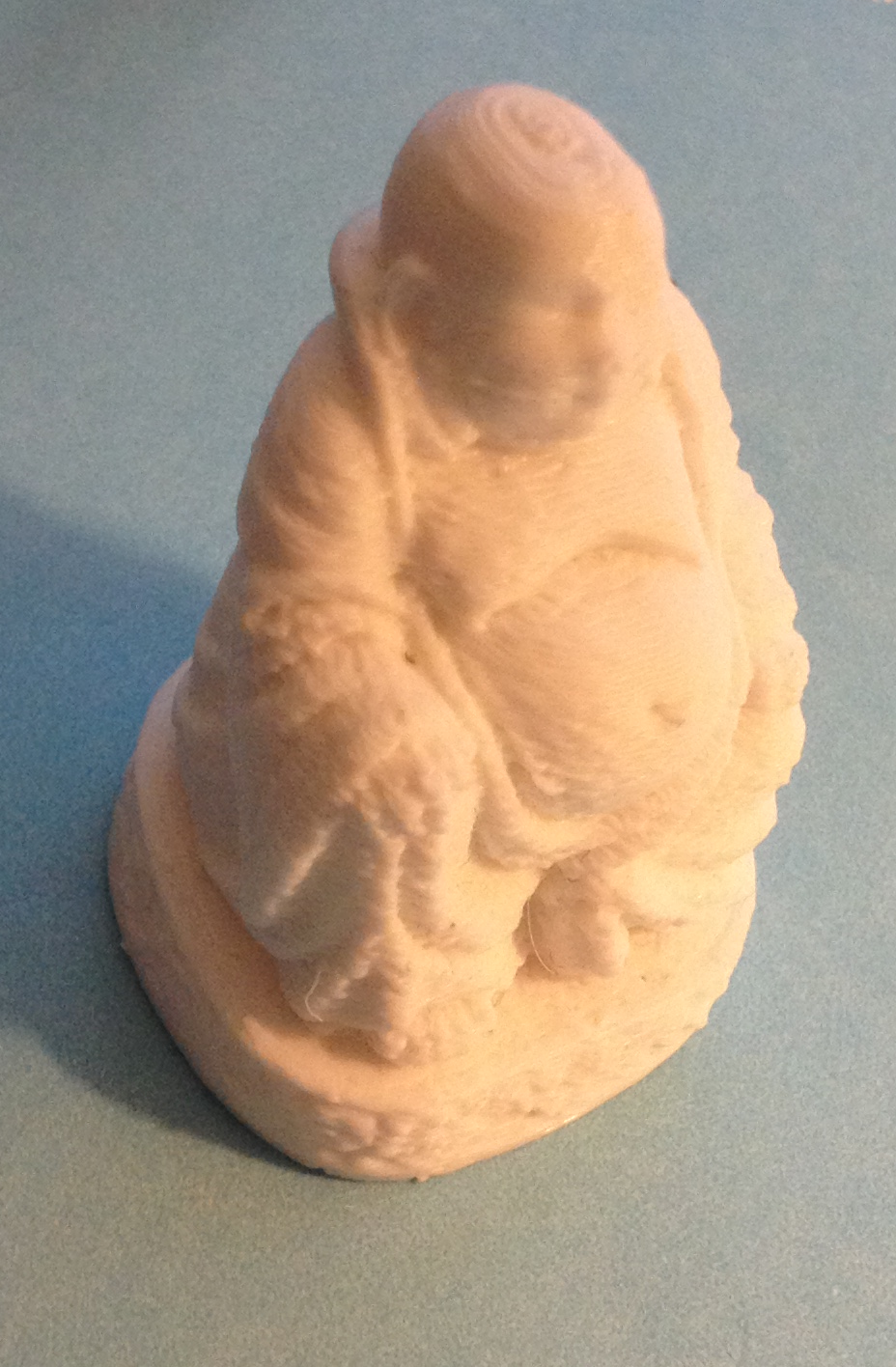 Next thing was a whisker pole end

rivets for the bob, The designer suggested 3mm x 8mm screws, but they did not stay in very well.  I made these rivets to the screw specification.  They were too big. I scaled them by .95.  These went in nicely with a pliers.  I could hear them slip by each layer of the bob.  They have stayed in ever since.

I made instrument covers for my knot meter, depth meter, and compass that are mounted on the bulkhead on my boat.

I made a plastic part for a file cabinet for a neighbor. She was missing 5 of them.  She gave me an example.  I modelled it in blender and made 5 of them for her.

I made a Tudor Box.  I got this pointed out to me through 3D Printing Today.

I got tired of substitute mail carriers giving us wrong mail.  So I made number for the inside of our mailbox.

So far, we have not received other people's mail since I put these numbers in the lid of the mailbox.

I made pendents from the rose on the tudor box.  I used blender to add a loop to the rose.

I made a wind meter, in fact, I have made three.  I made the wind meter as is and found the bearing specified would not fit.  So I enlarged the bearing area.  But I damaged the bearing putting the jack into it and it would not measure very light air.  I then scaled the whole wind meter to fit the bearing again.  I was more careful with the bearing and now I have a very sensitive wind meter.  The only drawback is that it is way out of proportion for the cell phone.  It fits better on the tablet.  Again this item was mentioned on 3D Printing Today.

I made a manifold for an experiment of mine.  Pictures to come after the experiment.

I made an end cap for the refrigerator door.  One broke.  I order a replacement part.  The part was not the correct one.  I modelled the part in Blender.  Made it.  It works.

I am in the process of designing a replacement for the mirror cover on the visor in my Blazer.  The cover's hinge is very inadequate and broke off after only a few months.  I have not had time to go for a replacement in Pick and Save.  I priced replacement visors and they are out of the question.  Pictures to come when this is done.